ARC is a good place to come if you run a
business and need a helping hand. We provide management support for small and medium sized companies looking to overcome the organisational and operational challenges of today’s uncertain commercial environment.

ARC was founded and is spearheaded by Alexis Read and supported by a collective of like-minded and professional associates across a broad spectrum of business services, all focused on helping businesses to thrive.

Alexis himself is a project-based business and operations consultant and right-hand man*, helping business leaders and management teams react to and overcome the stumbling blocks that growth and changing circumstances can force upon organisations.

Characteristics of a right-hand man
More about Alexis

Before striking out by himself in 2001, Alexis had a strong grounding in marketing with technology giant IBM and world-wide business services company HQ Global Workplaces (where he was Head of Marketing, Europe), and in consultancy with the IBM Consulting Group. Alongside first class training and corporate experience, these roles have also given him great opportunities to work all across Europe and the USA, and more recently across India.

Student life resulted in degrees from Loughborough and Cambridge Universities as well as a Postgraduate Diploma in Marketing. Alongside this Alexis also completed a year’s academic research and a number of rugby successes, including two Blues, two rugby league Half Blues and selection for England Students.

Born in Wales, brought up in England with German grandparents and family in the USA and South Africa, Alexis has a broad cultural background and speaks fluent German and good French. Life’s rich tapestry has included living in Hamburg and Munich, building a house in Nottingham and an HIV hospice (‘Hope House’) in rural India, whilst also being a Trustee of a Children’s Charity in Brazil.

Home life in Cheltenham now includes coaching rugby to children very much at the other end of their sporting journeys to him and family camping and sailing, preferably somewhere warm.

How ARC can help

My involvement ranges from leading and supporting critical projects, both strategic and tactical, to redeveloping core business processes.

Having originally practiced as a marketer and a management consultant, my operational experience over the last decade has seen me work with a broad spectrum of clients, helping bridge short to medium term skilled resource gaps in their organisations.

Whatever the assignment, there are some fundamental attributes that clients and colleagues say they get from my support:

The success of any project, no matter the size, is also strongly influenced by personality and principles. Business associates and clients have kindly described me as:

Characteristics of a right-hand man
Back to top

How we will work together really depends on the characteristics of the project and the solutions that will emerge after an initial consultation meeting.

The main project areas below give a good idea of where ARC's services can really add value to your business.

We take an analytical approach, using reframing skills to identify and address the immediate problems that may be preventing your business from turning new ideas and plans into income-generation, cost savings, or investable reality.

Not all businesses have access to the necessary skills required to be able to 'jump the gap' between where you are now and where you want to be.  We help you to identify and bridge these gaps.

We can support projects in a number of different ways to suit your business and the work involved.  This might be by way of advice and assistance in moving forwards, or becoming a full part of the client team until it’s done.

Having worked with many different sizes and types of company, both independently and as part of larger project teams in corporate environments, it is understood that additional resources and skills may also be required. In such circumstances, a wide choice of trusted professionals across a spectrum of expertise can be engaged within the project, which ARC can propose, brief and manage on your behalf.

Your ideas and visions are translated into clear proposals, articulating them to allow others to engage with and understand what you are looking to achieve in a concise and professional manner.

Intellectual rigour and commercial reality is applied to your concepts and assists you in taking them to investment level.

From market analysis and the development or re-working of a strategy to communications and sales support; your overall business objectives will be delivered in the most efficient and cost-effective way possible.

Businesses are systems built around people and processes. ARC identifies what is stopping the system from working properly and initiates a smooth and efficient change, making sure business is not disrupted during this transition. Where an infrastructure doesn’t exist, it is built from scratch exactly to your specific requirements.

We excel at managing the numbers that underpin all businesses, whether the processes that ensure proper accountability or the specific details of a particular process or project.

A wealth of marketing knowledge developed through consultancy and permanent marketing management roles:

Hands-on experience of understanding, organising and integrating the processes and functions (often overlooked and undervalued) that underpin the smooth and profitable running of a company.

The responsibility for and integration of multiple aspects of businesses at a leadership level: working with client Boards and senior management (through IBM Consulting Group & ARC consultancy) and part of the Senior Management Teams at HQ Global Workplaces, Grandma’s and The Pre-Fit Delivery Company, and the Project Management Board of St David’s Academy.

The consultancy process takes in the following key stages:

Our primary function is to provide you with appropriate solutions to your problems, and our involvement in the implementation phase can be as little or great as you wish.

For more complex solutions, we can help your business through the process of planning, organising and controlling your resources from the start to the completion of the project.  We integrate with your team for the project duration to help you deliver the best possible results.

For longer projects, where ownership of the project and responsibility for the solution are critical but where you don’t have the skills in-house, we can step into your team on a full-time basis for a defined length of time.  By doing this, we provide the necessary transitional skills but leave you free to re-evaluate the skills you need to take the business forward at the end of the project. 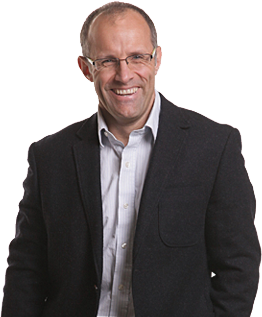 Click on the client logos to get an idea of the sort of work we’ve done and what we have achieved for our clients.

Taken project from one sheet of A4 to fundraising, building a group of committed backers to deliver a landmark project in a challenging economic environment.

Currently working as Project Manager to the St David’s Academy Project Board with Welsh Rugby Union, Dulwich College and Balfour Beatty to finalise working agreements prior to planning.

Alongside the commercial and brand development of The Pre-Fit Delivery Company, this 18 month interim project encompassed identifying, establishing and managing the appropriate infrastructure and operational processes through an initial trial season to full delivery capability.

A central element of the project was the development (with business partner clone) of a bespoke online and tablet-based booking, fitting and payment system.

Established to work alongside The Pre-Fit Delivery Company, now successfully delivering student and small group adventure trips in the Alps.

An initial project to lead the business through a key accreditation process resulted in the identification of multiple structural gaps; the subsequent 6 month interim engagement led to the design and implementation of new business processes (particularly service delivery and finance), management tools and IT infrastructure. Also included business partner management in India.

A key aspect of the relationship was the ability to support an inexperienced Chief Executive, whilst redesigning and managing the operational and financial structure at the same time as recruiting a full time operations manager.

A project-based role with its focus on proposition development from initial ideas to Investment Prospectus, marketing and business management; supporting the Chief Executive in refining strategy whilst building and managing a network of key business relationships.

As interim Head of Operations, designed and led an organisational and operational change programme, successfully enabling the charity to move to a smaller site with a reduced core team whilst managing a greater organisational workload.

A particular project highlight was to work with our partner projects in India, especially Tenali, where I managed the building of ‘Hope House’, an HIV hospice for the dalats or ‘untouchables’.

Council for British Teachers - Advised CfBT in the development of their communications programme to support the delivery of the Key Stage 3 national strategy, providing market research and strategic guidance.

ARC has worked on a number of different projects, ranging from small consultancy assignments to two-year interim positions.
Back to top

Business building
If you would like to discuss a project with Alexis and how ARC can assist your business, please use the form below or contact Alexis directly on +44 (0)7900 582 738.
Back to top